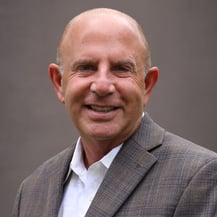 Dr. Monte Goldstein has served on QUAD A’s executive board since 2019.

But his history with the organization goes back much further.

Dr. Goldstein has been a QUADA Outpatient Surgical and Procedural facility surveyor and a Medicare ASC surveyor since 2007. In addition, he is a surveyor for the Pediatric Dental and Oral and Maxillofacial Programs.

He also serves as an educator for all surveyor training programs within QUAD A. In February 2015, he was appointed to the QUADA Standards Committee and the Investigative Committee, for which he currently serves as chairperson.

Dr. Goldstein initially became a surveyor with QUADA to ensure his surgical centers were prepared for any developed standards. During this time, he realized the QUADA mission was aligned with his passion for providing the safest, highest caliber care for ambulatory surgical patients. The organization’s mission and its board member and staff’s passion for evolving and incorporating the highest standards and practices to the accreditation process, both here and abroad, are directly aligned with his approach to patient care.

An anesthesiologist by training, Dr. Goldstein is the Chief Medical Officer for The Virtual Health Joint Venture Program. In that role, he oversees clinical operations of more than 30 certified, licensed ambulatory surgical centers.

He developed and served as medical director for a three-room, multi-specialty surgical center in Bergen County, New Jersey, where he was Chief of Anesthesia Services for 18 years. He has also held the position of Chief of Anesthesiology for multiple plastic and reconstructive surgery centers and office-based procedural programs.

He is a member of multiple professional organizations, including the New Jersey Association of Ambulatory Surgical Centers (NJAASC), the American Society of Anesthesiologists (ASA), and the Society for Ambulatory Anesthesia (SAMBA).

Dr. Goldstein is married with three children. He enjoys skiing, photography, travel, and spending time with his family.